An easy, non-toxic way to get rid of cicada killer wasps. 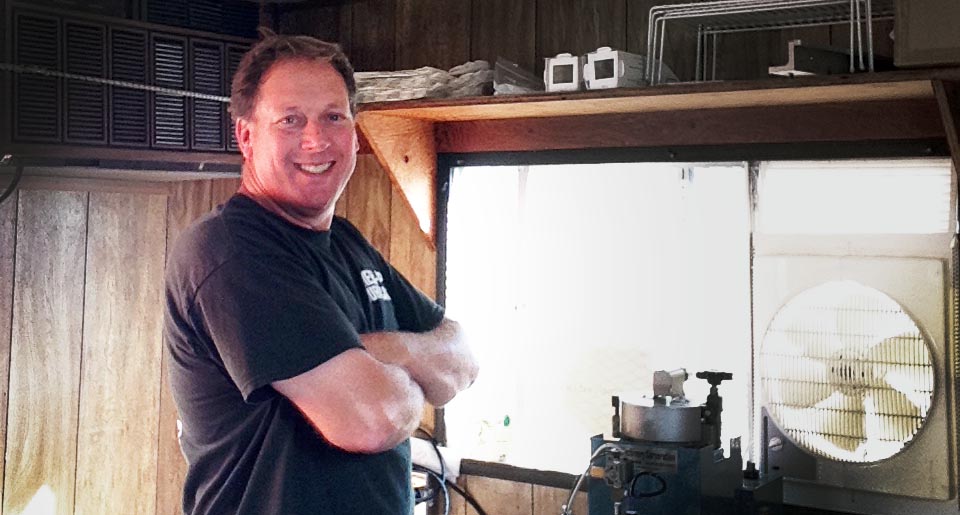 My name is John Aroniss and I have been in the landscape business for 25 years. In the past 15 years I have converted our business over to a lawn care company. We now exclusively apply turf products like fertilizer, weed controls and insect controls. We also have an organic/ biological based tree and shrub program. We are attempting to convert our lawn program over to a more organic/biological approach by enhancing the soil with bio-stimulants. That is just a little background and a topic perhaps for another discussion.

What Not To Do

About 10 years ago the cicada killers began infesting our customers' lawns and flower beds and we didn't think much of it. Approximately 1-2 lawns were affected and like you have read on other webpages, they were only here for a short time. We didn't feel there was a massive problem and a wasp or two is easily avoidable. As the years continued, so did this explosion of cicada killers. We began getting calls in July and August about huge amounts of cicada killers dominating an entire area. It was time for some sort of control.

We checked with our local supplier and he suggested Sevin dust, we tried it by dusting every hole. A day later there were more holes and more wasps. So we dusted again with the same result, more holes and more wasps. It wasn't an effective solution; it was time consuming and it was messy. The dust gets all over you and the lawn, and any pets need to be kept out of the area. Dogs can stick their nose in the holes and inhale it which was a huge liability. Customers were not happy paying for a service that didn't work and was a hazard.

We then tried Acephate, multiple pyrethroids, dusts, diatomaceous earth, flooding, burying the holes, etc. The list goes on and on. We spent countless hours swatting them and shooting insecticide at flying wasps with no success that was worth mentioning. By the time we were finished trying to treat the wasps they were gone, only to return the next year with a vengeance. The amounts of pesticides, time and energy we spent caused us to tell customers to call an exterminator. They got bigger bills from them and the same poor results.

The problem with injecting pesticides into the burrow is often that the hole collapses and the soil absorbs the liquid. The burrows are so deep and intense that the product just gets lost in the ground. There are long term problems with water table and well contamination, not to mention ever wanting to grow anything in that spot again. Wasps returning to a hole are not dumb; if it smells of pesticides, they will simply dig another hole and abandon that one. For them, digging holes is what they do best. Dusts that dry out insects take too long to work and insects just keep mating and laying eggs. By the time they die, if that even happens which you may never know, it's too late. The season is over and the madness starts all over next year. Swatting them with a tennis racquet all day long mostly kills the males, allowing more males to enter the area. It's like an empty bar stool and line of men waiting to sit down and try to take home a pretty bartender. The line doesn't end though, and the bar never closes!

I said all that to say this: I have tried getting rid of these insects every way possible so people could use their yards, stop having the turf destroyed and stop the ever-expanding population explosion, but to no avail.

I set out to find something easy, pesticide free, non-toxic, pet safe, quick and fool-proof. That's where a glue board came to mind. We manufactured a trap that contains the insect inside once it emerges from the burrow so it can't escape. When the wasps are in their burrows in the evening, we place a trap over the hole and pin it in place. There is a window in one end so in the morning the wasp flies toward the light. It hits the window and lands in the glue. "Are you kidding?" I said. "Is it really that simple?" Yes! I could actually count the wasps I caught. I could monitor the infestation, and I could see the decline. The pets were safe and it was fast!

You can now continue trying everything I did and more. Believe me, there are all kinds of ideas out there. Or you can buy these traps and start removing the females so they stop attracting male cicada killers and laying egg after egg. The season is short. More importantly, life is short! Buy the trap!

Send Us A Message