An easy, non-toxic way to get rid of cicada killer wasps.

(If trap has not been pre-assembled)

2. Fold and lock tabs into slots to form trap.

3. Place over the cicada wasp hole and secure to ground with enclosed pin in late evening when cicada wasps are no longer in sight. You can use the soil from the burrow to seal the bottom of the trap. This helps ensure the cicada killers do not crawl under the trap. It is important not to disturb the entrance hole so wasps do not clean the hole out into the trap.

4. Remove trap after 12-24 hours, preferably in early morning, when insect activity is not present, and dispose of insect according to local laws.

1. For placing traps on a brick or slate patio where a gap is present, insert one end of the pin between the two pre-punched holes to form a third hole. Position trap over cicada killers hole and place the pin so trap is securely fastened to the ground. Use some gravel or soil to fill in around gaps. (see pics) 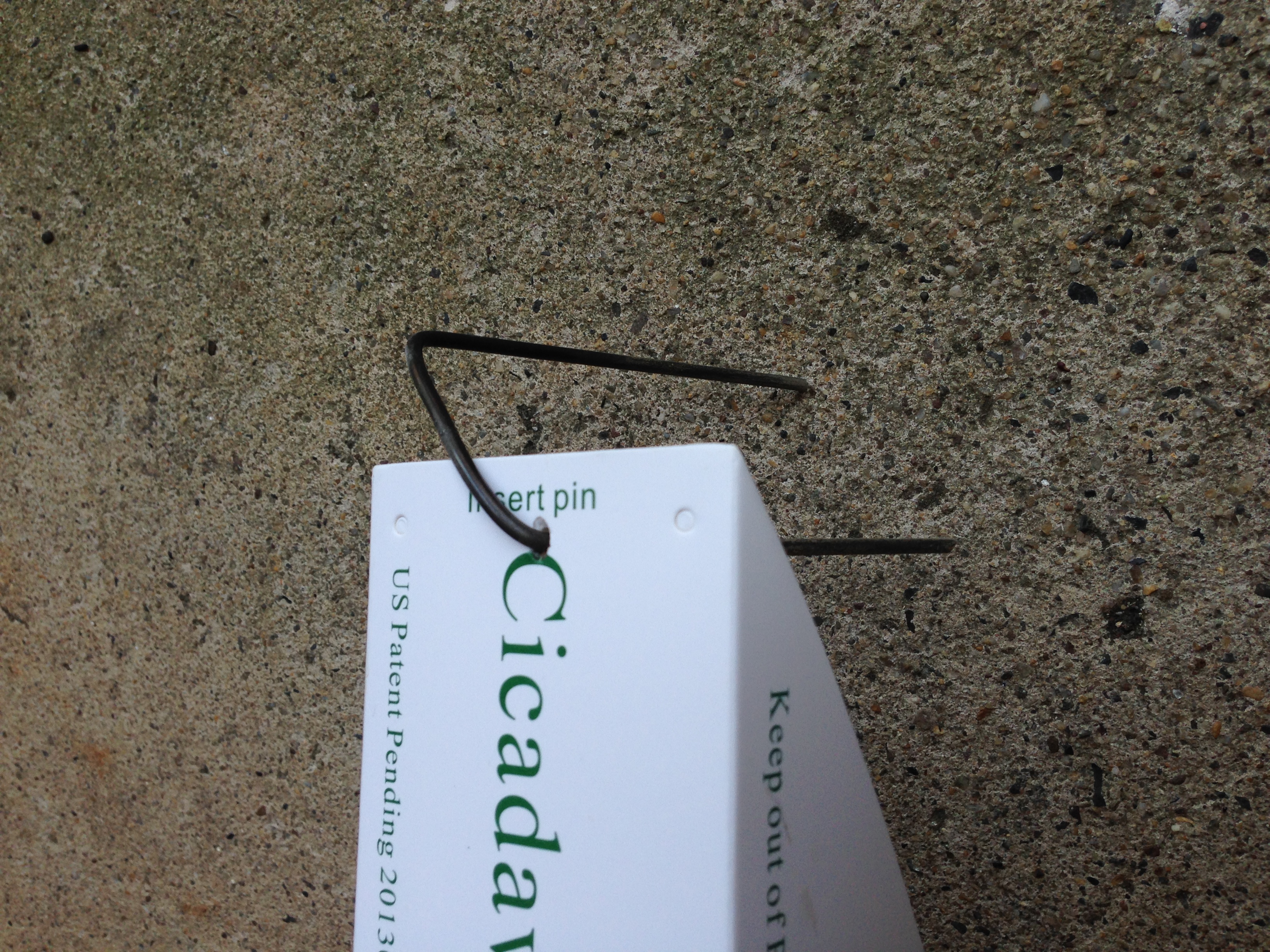 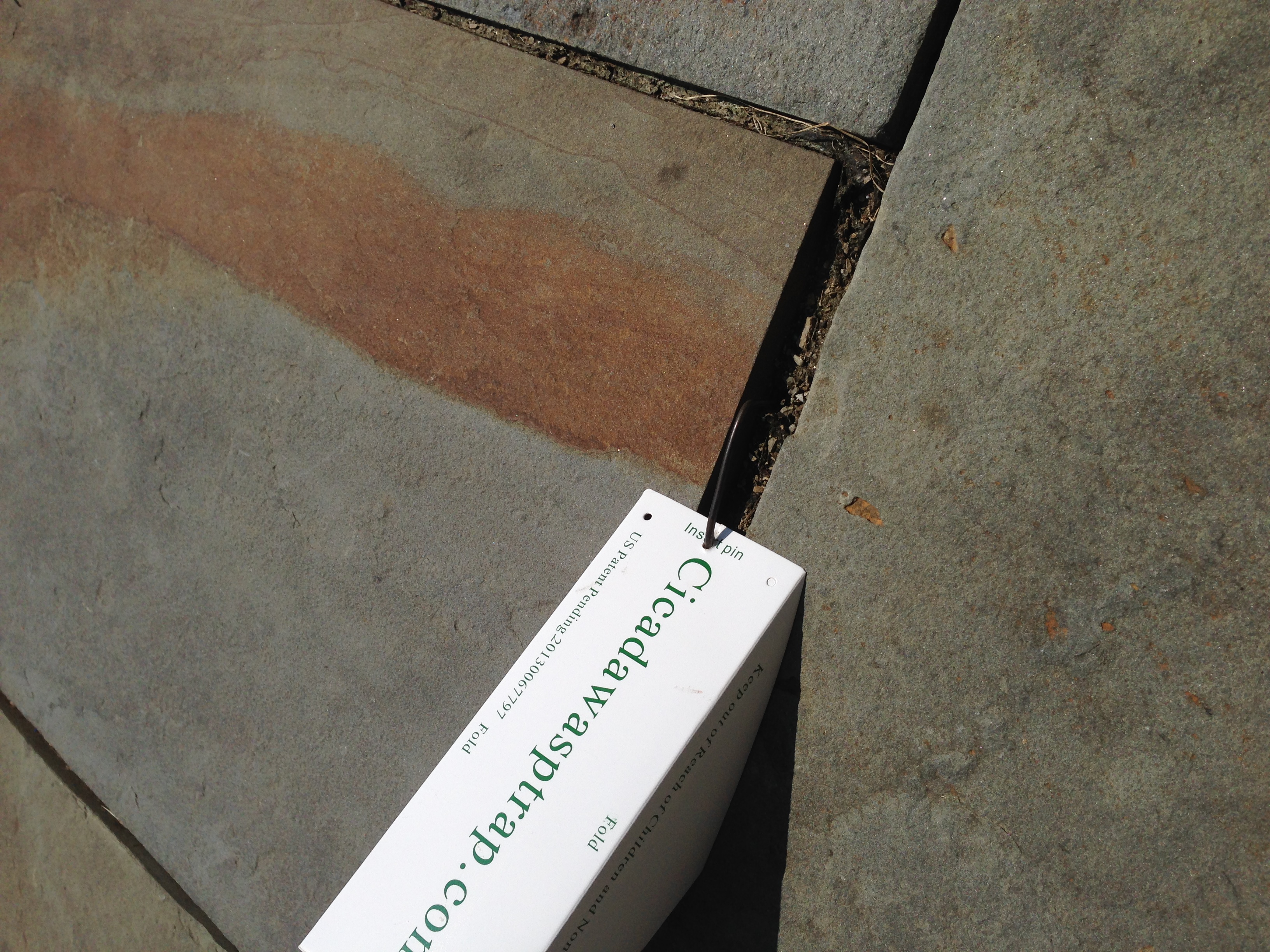 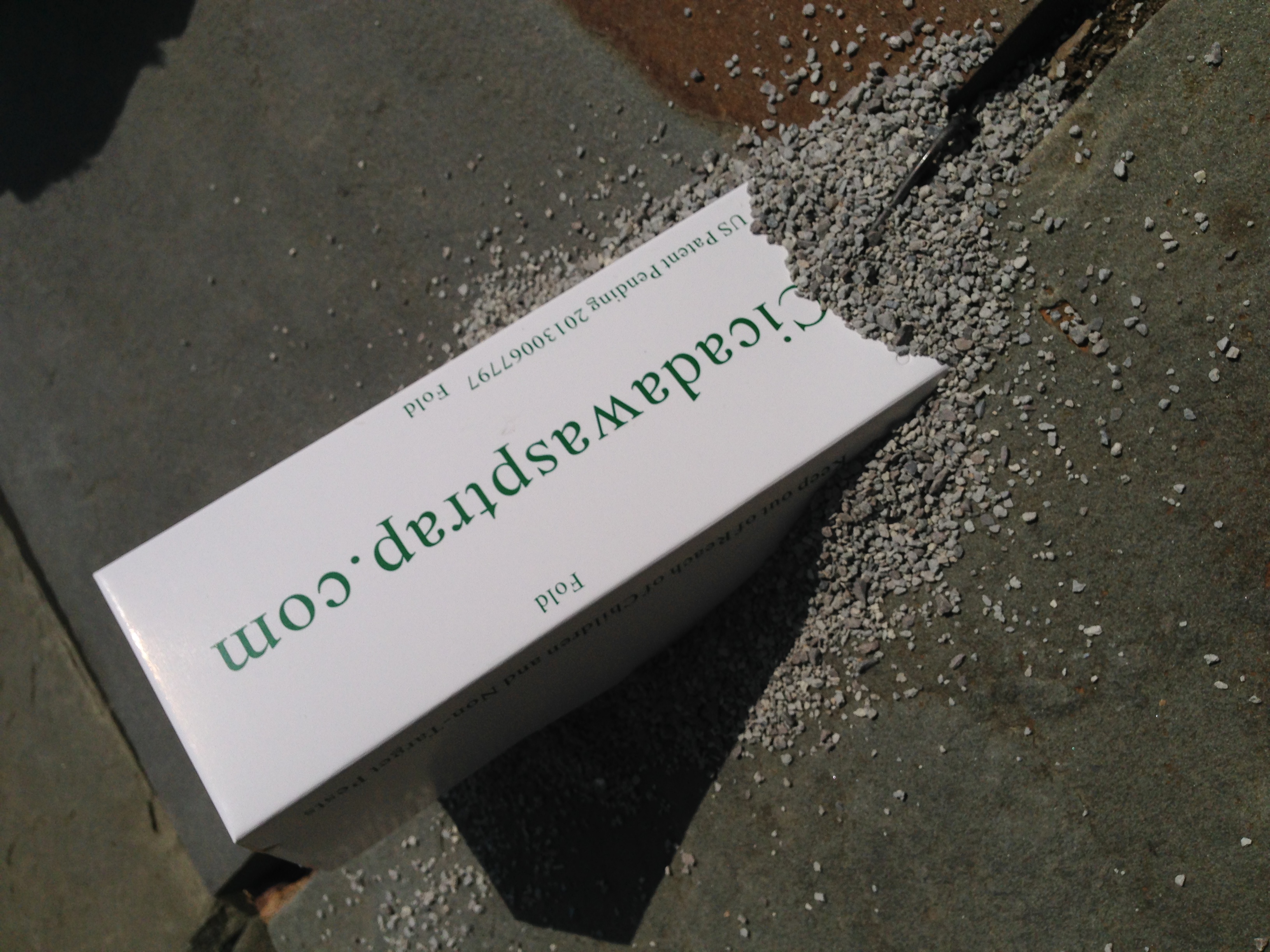 2. If wasps burrow after dark and glue is covered by the soil from them digging, try setting a new trap later in the evening.

REMEMBER: It is important to place one trap over every cicada wasp hole at the same time to ensure effectiveness of trapping any wasps currently in the ground. Early detection and trapping of cicada killer wasps will help in reducing infestations. If infestations are severe and not promptly addressed, it may take several seasons to fully eliminate cicada wasp activity.

CAUTION: Keep out of reach of children and non-target pests. Wasps and bees can sting. Wear protective clothing when placing traps over holes and in areas where wasps are present. Use extreme caution when placing trap over hole. Do not attempt to remove wasp from trap. Place over cicada wasp holes only. DO NOT USE if allergic to wasps or bees. User assumes all responsibility. In case of bite or sting, seek medical attention immediately.

Send Us A Message